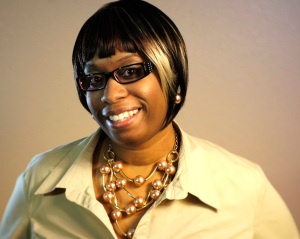 Author Souraya Christine is the author of When is Strong Strong Enough: How to Push Through the Pain, NCM Publishing. Recently, we took time to find out more about this up-and-coming author who is steadily making her name known. Here is Souraya as we focus in on her life and work.

Authors N Focus: Who is Souraya Christine?
Souraya: I am a writer, a mother of 3, a lover of God, a radio show host, and a woman on a mission to help people recognize and cope with issues and learn to forgive and heal. I’ve been a single parent since age 16, have experienced major traumas such as molestation, date rape, domestic violence, family lies, and more. Today, I am a businesswoman, motivational speaker/panelist, and lover of life.

ANF: How long have you been writing?
Souraya: I began writing when I was a child to help cope with the things I was experiencing. Poetry was my favorite. It allowed me to express what I was feeling. Unfortunately, people still didn’t realize what was going on with me.

ANF:What inspired you to write your book?
Souraya: “When is Strong, Strong Enough?” was initially written as therapy for me. I had decided to put my thoughts on paper so that maybe they would get out of my head and stop causing me nightmares. I had not intended for the book to be released for public consumption. Last year, in January of 2012, after re-dedicating my spiritual side, it hit me that it was not about me at all. I could no longer be the victim because there was someone else out there who needed to hear my story. With that revelation, I re-wrote the book, added some real world lessons and the rest, as they say, is history.

ANF: What steps did you take to publish your first (or latest) book ?
Souraya: Well, as stated previously, once I decided to publish the book, I first re-wrote it. Once that was complete, I asked around for recommendations for publishing. I sought a small publisher with the thought that I would get more personalized attention because I was new to the literary industry. I had my thoughts on how I wanted the cover to look so I had a photographer that I knew to take the pictures for me. The publishing company, after receiving payment from me, hired two different editors, a designer for the cover, and handled the publishing process. I was still responsible for marketing the book and getting my name out there. I planned a book tour, did signings, and subsequently began getting invited to do speaking engagements as well.

ANF: What’s your favorite part in the book?
Souraya: The favorite part(s) of my book are what I call the “Push Through”. These sections are where I offer advice and insight into recognizing problems, coping with them and experiencing the healing process.

ANF: Outside of writing this book, I understand you’re involved in other projects. Would you mind sharing what those are with us?
Souraya: Oh goodness, there are so many! I host a weekly internet radio show which airs every Thursday at 6:00pm pst entitled “Never Strong Enough” on BlogTalkRadio. I am beginning my own publishing company called The Write Touch Publishing, LLC where I publish books (just my own for now), and offer custom marketing materials like business cards, postcards, signage, etc… I am getting into acting, am developing a reality TV show, and preparing to produce a film entitled “Forgiveness…A Life or Death Decision”. I am also in the process of creating a magazine entitled Real Time…Yours and Mine, which focuses on helping ex-offenders re-transition into society successfully through supportive resources, real life stories, and other assistance. In Nevada, I also run a phlebotomy and CPR training company called The Right Touch Phlebotomy & CPR Training, Inc.

ANF: Do you plan on attending any events soon? If so, please tell us where you will be?
Souraya: Yes, I am a panelist in the upcoming Las Vegas Women’s Leadership Conference to be held on April 23-24, 2013. I am also seeking to participate in some literary events as I am able.

ANF: How can the readers contact you if they would like to receive a personal copy? Do you have a website?
Souraya: I can be contacted many ways! Via Facebook: https://www.facebook.com/souraya.christine
Twitter: https://twitter.com/SourayaChristin
My Blog: http://alwaysstrongenough.blogspot.com
My Radio Show: www.blogtalkradio.com/never-strong-enough
My Websites: www.sourayachristine.com and/or www.writetouchpublishing.com
Or by email at thewritetouchbooks@gmail.com

ANF: What advice do you have for someone just starting out as an author?
Souraya: Be passionate, be determined, seek out the best options for you, and never ever give up no matter what opposition you may face.

ANF: Is there anything else you would like to say in closing?

Souraya: I would just like to say to be prepared to get out of your comfort zone, be mindful of the fact that things will not always go your way, and understand that, generally speaking, you will not come out of the gate into national bestseller status. So many of us enter this game with unrealistic expectations then become hurt and walk away. It takes lots of effort, hard work, dedication and, yes, money, but the rewards are phenomenal, and I wouldn’t trade it for the world.

Thank you Souraya for taking the time to speak with us. When is Strong Strong Enough is available right now, so please support this great author by buying a copy! 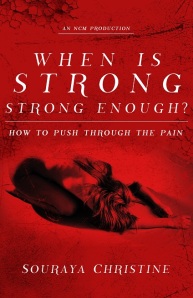 The Heart and Soul of Writing

Not to tell on anyone or any group, but my contemporaries these days have a lot of knowledge and opinions of the writing business, especially to new or aspiring authors. For instance, besides looking at my social media feeds and researching various writing sites, the budding writer can be deluged with a flood of information, advise, chastisement all written by us who are the ‘professionals’ in this field. I can understand if this is intimidating for a first time author or writer. Luckily, the great writers don’t see it the same way we mere mortals do.

I took some time recently to write down a few notes from Rod Serling who speaking in sixteen video interviews with a group of students in a college in New York state, went over his thoughts and opinions about writing not just for television, but in general. Some of the comments made that struck me were the following (paraphrasing):

If you can get across your own idea, get it across

If you have the climax first – build the house around it

The instinct of creativity must be followed by the act, the physical act of putting it down for a sense of permanence

Get it down, get it down quickly, write it down

The clue to the writer, (in terms of an idea) don’t let it die in the head

All writers are born, never made

Observation is key in life of writer, paramount

One can create as long as he is ingenious, novel, different, imaginative, opposed to sedentary

There were a ton of quotes – insightful, important, poignant and sincere that I heard from Mr. Serling in those clips. Granted, there were much more I could have shared but decided the few posted would be enough. In our microwaveable 21st Century world where everything has to come fast, it has to come now, the mentality of ‘the grind’, the focus of looking at the art of writing as a ‘game’ cheapens the importance of what it really is all about. One constant I get from Mr. Serling’s discussions with the students is that technique is important, but too many good writers get caught up in it and cannot produce the idea, the storyline with the proper emotion, lacking the heart and feeling for it to be told. The creative tale or story must find a place on the page, despite the comma splices, run-on sentences, etc. Those can be cleaned up and sanitized later. The idea for a killer plot may suffer however if too much emphasis is placed on mechanics and not on the substance of the story itself.

No doubt Mr. Serling’s beliefs of the art of writing will be debated, but given his pedigree, I seriously don’t believe any of what I saw in those clips will be refuted. This is not to excuse badly written literature – the type which has seeped its way into the shelves of many a bookstore – but a future legitimate bestselling author may have his or her career end by our increasing (and somewhat ridiculous) standards of what they should be if they are to assume the title of writer, novelist, and author. It takes a certain passion to become a writer, a dedication that requires a standard from the inner scribe, not from the outside world.

When I view these clips, I see a man, a very talented and celebrated writer share his thoughts and tips with a group of young writers who at that time, wanted to learn from him. I’m sure whatever advice he gave them was invaluable. Sadly, except for a few, that type of openness is all but nonexistent today from more gifted bestselling authors willing to lend their less experienced counterparts a hand. However, Mr. Serling was an individual who in other interviews I’ve seen, didn’t mind expressing his views on writing or the genre of science fiction with a friendly smile and without being condescending towards those not on his level. Perhaps that’s why even after forty years after his death, his stature still stands tall.

I would advise young or aspiring authors to learn and watch from a mentor who will take the time to help them grow and develop their ideas, style, and technique. While our literature can be improved, so can our attitudes towards those who are just beginning to get their creative feet wet by sitting on their desk and typing out their hearts and souls in front of a keypad or laptop. This art of writing requires a freedom of the mind that we should allow these up-and-coming scribes a chance to create. Let’s give them that opportunity without weighing them down on technique – at least for the first draft.