Commentary: Dare to Be Different 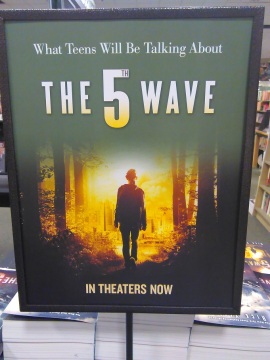 YOU’RE AN aspiring author with dreams to break into the world of literature. You have an idea in your head, ready to write or type it out, sending it to an editor, obtaining a copyright for your idea all the way to publication. You find out your book – the baby you’ve been working on so diligently – is the same as Barbara the Bookseller’s in genre, characters and plot. Yet, you plan on jumping the ‘Imitation Lit’ bandwagon so you took a chance and now you have to face the fact readers would rather prefer Barbara’s book to yours. You decided to ‘write for the market’ and wound up with lower book sells than Barbara, who is making a killing.

This is one example of aspiring authors who dared ‘write to the market’ or ‘write to the trend’. Remember when vampires were the big rage? Charlaine Harris was the talk of the literary world around 2008 when the HBO series ‘True Blood’ aired, based on her Sookie Stackhouse novels. Alan Ball, the producer of the show according to the story, browsed through the bookstacks of Barnes and Noble, found Ms. Harris’s Dead Until Dark (the first installment of the Stackhouse series) and from that, True Blood began to take shape. Of course the success of the show prompted other aspiring authors to take a bite of the vampire genre (as well as regular television networks) and added their own spin to it. Eight years later, no one is really talking or writing much about vampires any longer. While the attention has shifted to dystopian societies under the Young Adult genre which spawned the Hunger Games and Divergent series in both print and movies, no one is for sure where the next big genre will be. This is where you, the aspiring author can take advantage. 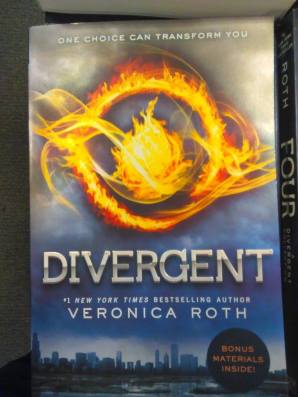 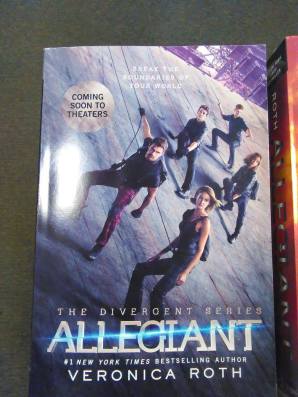 Perhaps you have a manuscript languishing inside your hard drive or laptop. Maybe it’s buried under a mountain of notes or hidden in a folder. Whatever the reason aspiring author, this is the moment, this is the time for you to revisit your project and write. It may take time and although you may or may not reach the status you desire in the literary world, taking the first steps to create that first, different masterpiece is within your reach should you decide to take it.

It’s easy to write “Imitation Lit’ novels or stories. Consider the number of books flooding the market with the same plot, characters and writing styles of a J.K. Rowling, Stephen King, Zane, Omar Tyree and others. If you go to any bookstore, you’ll see Imitation Lit in full display with titles that identify close with the genre. For example, we had an Authors N Focus Facebook group page where we had so many authors writing in the same genre with the same style of book covers posted on our photo gallery, with links that described the same ‘cautionary’ tales……do you begin to understand our decision to abruptly end the group. There was no one who dared to be different, no one who offered a genre different than the one we observed on our timeline daily. If you want to stand out, write a novel or non-fiction book that has a different slant on a familiar story. Otherwise aspiring author, your hard work will be part of a market already saturated with sameness, which is what you need to avoid at all costs.

Readers will reward you if you have a fictional tale or non-fiction subject that is interesting, funny, and makes them feel it was well worth it to spend their hard earned money on your book. Not only will they support you, but the possibility they will share your work with friends, family and other book lovers or book club is high. No one can really tell whether or not your first work will be a success, only you aspiring author can ensure it by putting in the work, trusting only your voice, seeing your vision in your manuscript and all within it. You cannot write like Barbara the Bestseller, but you can write like yourself, so now is the time to stand out, make your literary dreams a reality and be different. Dare and trust yourself to be that way.

The Rising Outrage of Fandom

Via a friend’s Facebook post, I happened to peek at an article called ‘Fandom is Broken’. Written by a movie critic named Devin Faraci (thank you sir!), he mentions Anne Wilkes from Stephen King’s Misery, who forced author Paul Sheldon to bring her favorite character back to life by writing a manuscript which appealed to her needs of reviving Misery Chastain back to the land of the living.

More importantly, Mr. Faraci in detail reveals the challenges for writers and other creatives to deal with an overwhelming horde of fans who insist the character(s) they love should always have a happy ending, no matter what. I will agree with the author of the piece that real drama does not operate like that, nor does good, solid storytelling. In the 21st Century, fandom is built like a fast food restaurant where you ‘have it your way’. Last time I checked, good stories are not Burger King.

In today’s ever connected social media world, writers are indeed walking blindfolded on a very narrow tightrope in building and nurturing a fan base. It’s important for writers to communicate with them, but their fans should not dictate what the next creative project should be. Hard as this may sound, fans become fans because they like a writer’s work or simply like the writer. Fans also become invested in a character like Misery Chastain, like Anne Wilkes. If something happens to change the reader’s perception of their favorite character like Captain America, fans will take up internet arms to display their displeasure, outrage, total disgust of where the author is taking the storyline. I would suspect a decade ago, fans didn’t have a feeling of ‘entitlement’, that they were just as content to see how a story would play out amid the twists and turns along the way. Fans used to have more faith in their favorite writer to ‘stick the landing’ and make the story count. Today, even bestselling authors on their own blogs complain about the immature treatment they receive from a group of people who claim to love a certain writer’s work, but raise cane about it.

This is movie related, but there’s no better example of fandom running amok than what happened to director (and writer) Joss Wheldon because of a particular comment in Avengers 2: Age of Ultron. He wrote a scene in which Natasha Romanoff, AKA the Black Widow (through flashbacks) was subject to a variety of procedures that left her unable to have children. This left an emotional toll and in one fateful statement, she mentions to Bruce Banner (aka the Hulk), “You know what my final test was in the Red Room? They sterilized me, said it was one less thing to worry about. You think you’re the only monster on the team?”

The internet went bananas, especially on Twitter. Social Justice Writers were outraged! The headlines from at least two sites prove that!

Io9: Black Widow: This Is Why We Can’t Have Nice Things

The reaction to the Black Widow’s admittance of her sterilization set off a firestorm heavily criticizing Wheldon to the point he was forced off Twitter. Submitted for your (dis)approval, here is the screenshot from disgruntled fans who had plenty to say: (watch how Wheldon handles the responses with class)

In one fell swoop, Natasha Romanoff became Misery Chastain. A sterilized, ‘monstrous’ Misery Chastain who became a talented superspy who could kill when needed, but not bare children. Paul Sheldon had it so lucky! He only had to deal with a psychotic, mentally disturbed Anne Wilkes who under different circumstances, could have created a profile on a Fanfic website and continued her own adventures of Misery. The 21st Century ‘fans’ are looking for symbolism, not story. They’re looking for ‘representation’, not plot. They are unwilling to be less excited to delve into the challenges a certain character must go through in order to overcome, and more excited that Misery needs a girlfriend because it would be a huge boost for the lesbian community that Misery has……..

This is madness. Enough, seriously!

Writers of fiction are not social activists because we the public feel they should be. They have a choice to present deeper issues (not just social) that are a part of their world, not because we feel they should represent ours. Keep in mind in fiction these are characters, protagonists who we root for and feel we have much in common with as readers. An antagonist is a character we cannot wait to see their comeuppance. In the world of ‘real life’, berserk fans who send nasty tweets to their favorite writers because of a scene in a movie or passage in a book they despise like, need to slow down and understand it is fiction you’re reading or seeing, nothing else. The author’s job is to make readers actually read a book and/or create engaging characters that we have empathy for and want to succeed. Opinion pieces that focus on anything not relating to the character, such as representation, image, etc, is a huge waste of time. Sorry to state the obvious. Not that it’s any less important, but it’s not the writer’s job to push for a doll of Black Widow or to promote her in other departments he or she has no control over. The best they can do is write a story and hope you enjoy it. That’s all.

I invite you to read the Fandom article linked on the bottom of this entry so you can see and judge for yourself whether or not you’re one of the fans guilty of contacting your favorite author on social media for the sole purpose of complaining and not constructively criticizing their work. I feel authors appreciate constructive feedback that will help them become better storytellers in the future. In today’s uncompromising fandom, criticism borders on outright insanity which authors definitely don’t need or deserve.